I was pulled away from the metal-air thread prematurely. So, with a bit of time, and plenty of room for more discussion it is time to push ahead. There was chatter around metal-air batteries with the issue of Tesla assigned US Patent 8,471,521 i.e. “ Electric Vehicle Extended Range Hybrid Battery Pack System”.

Ned joined the fray with two articles.  First, there were some thoughts on the ‘521 patent and then thoughts on the two published applications that were the focus of a financial analyst’s comments.  It was noted that all three patent documents presented methods of operation of a hybrid battery system, which may include a metal-air battery.  They did not focus on the details or features of the physical metal-air battery.

So, what can be said about the physical battery? What work is going on here?  I can say that this blog has already started thinking about areas of research associated with metal-air batteries.  In particular, we thought about some of the work associated with back-up or grid storage applications.  It is time for a diagram.  Figure 1 below presents a simplified schematic of a battery 102.  Electric current flows between electrodes 104 and 106 in an external circuit.  The battery’s electric circuit is completed with the flow of ions between electrodes 104 and 106, through electrolyte 108.   For a metal-air battery one electrode is metal, say zinc, and one electrode is air.  We briefly mentioned Fluidic Energy in a post from this spring.  It is noted that they appear to being working on all of three major battery components. 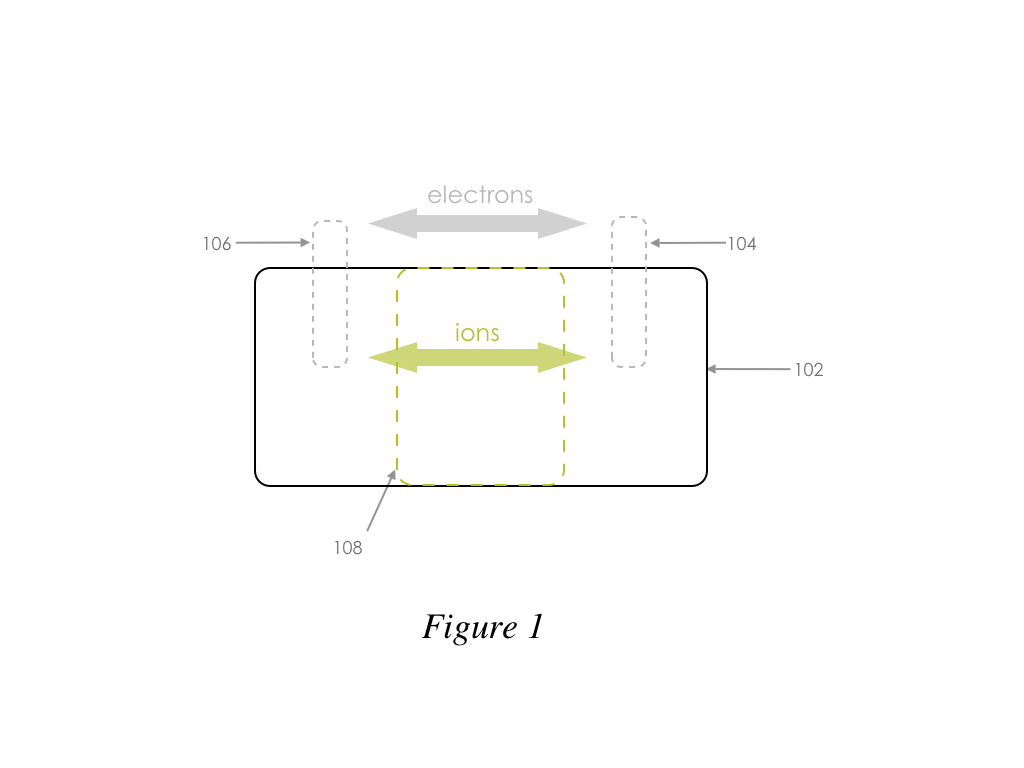 This is by no means an all encompassing review.  It is in fact just one data point in the metal-air system, illustrating that one can benefit from looking across market spaces to track the developments within a given technology.