apple: well that was all very odd

I do not know if it was just me, but the Apple Event yesterday seemed a bit odd. I got the sort of queasy feeling when someone tries hard to be approachable and funny, but it doesn't really work.

There was an apt tweet during the event that the jokes seemed like “father” jokes.  There was the usual overdose of superlatives.  I think yesterday’s was “magical”.  We are though pretty much desensitized to the overuse of such language from twitter; #awesome, no to mellow, #superduperawesome.  But, I digress.

Then there was the whole security episode with Stephen Colbert.  Are we to believe that this interview, the sketch and the slide deck were spur of the moment reactions to the leaked iPads from the day before?  One might venture that the leak was a set-up for this segment of the presentation.  A sketch that was well planned in advance.  It reminds me of that person at the office that is “leaked” news so it is well communicated.  Les Nessman was like that.  But again, I digress.

At the end of the day the technology was the real thunder of the show.  Yes there have been plenty of overnight articles that have said there is nothing new or innovative in the iPad.  Yes, the iPad Air 2 is thinner with a new camera, but there is nothing else.  I am not sure what else you can do with the tablet form factor.  Maybe, one day, there will be legs that fold out and you can make a coffee table.  Oh yes, a bigger screen would have been innovative.  I forgot. 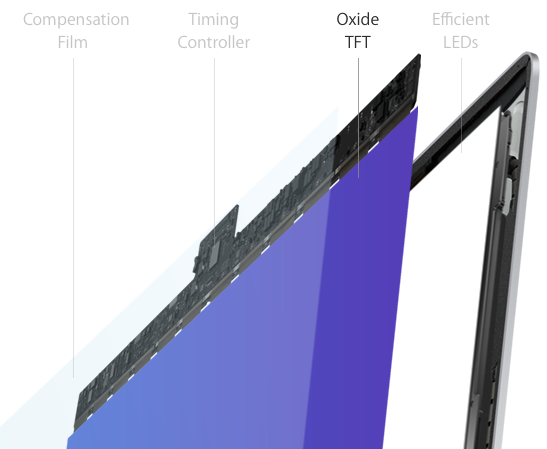 Now the serious bit.  The technology under the hood was what caught my attention.  The first comment goes to the A8X.  With 3 billion transistors that is going to be one monster piece of silicon.  It is also interesting that the “X” line of the family is back.  This side of the A-series family disappeared with the 7th generation.  Then there was the timing controller for the display of the 27” iMac.  I really liked the comment that Apple did not see what they wanted so they designed it.  ned has always looked to Apple’s semiconductor work as the dark horse.  It does not get any respect from outside, but it will win the race.  It is notable that an OEM has the engineering depth to design the IC they need.  I can only see more of the same in the works.