Society in general and pundits in particular are often quick to say that x or y patent is invalid after simply hearing about the concept, or reading the title, or maybe, though unlikely, reading the abstract. From here there might be some “dissing” of a patent office or raising of a conspiracy theory.

This came to mind when reading an article entitled “GE Hopes to Make Its Cloth Wind Turbine Idea Fly”.  With only reference to the title one might think of the silliest, broadest level of the concept.  One can think of any number of photos or trinkets of Dutch windmills and know there is prior art for the absolute broadest incarnation of this idea.   I have not, though, written this article to raise prior art.  I have, on the other hand, written this article to consider the nature of the various “levels” or aspects within a technology that may provide patentable subject matter.

The general concept of the different “levels” of patenting is presented schematically in Figure 1.   At the base is the broadest idea.  In this case the concept of a turbine blade that includes cloth, of any configuration, may be the concept.  Further, higher level advances may pick particular aspects of the broad idea and improve upon, or solve problems encountered during use of, the broadest idea.  Such concepts will be narrower than the original, but they may advance the idea considerably along the implementability axis. 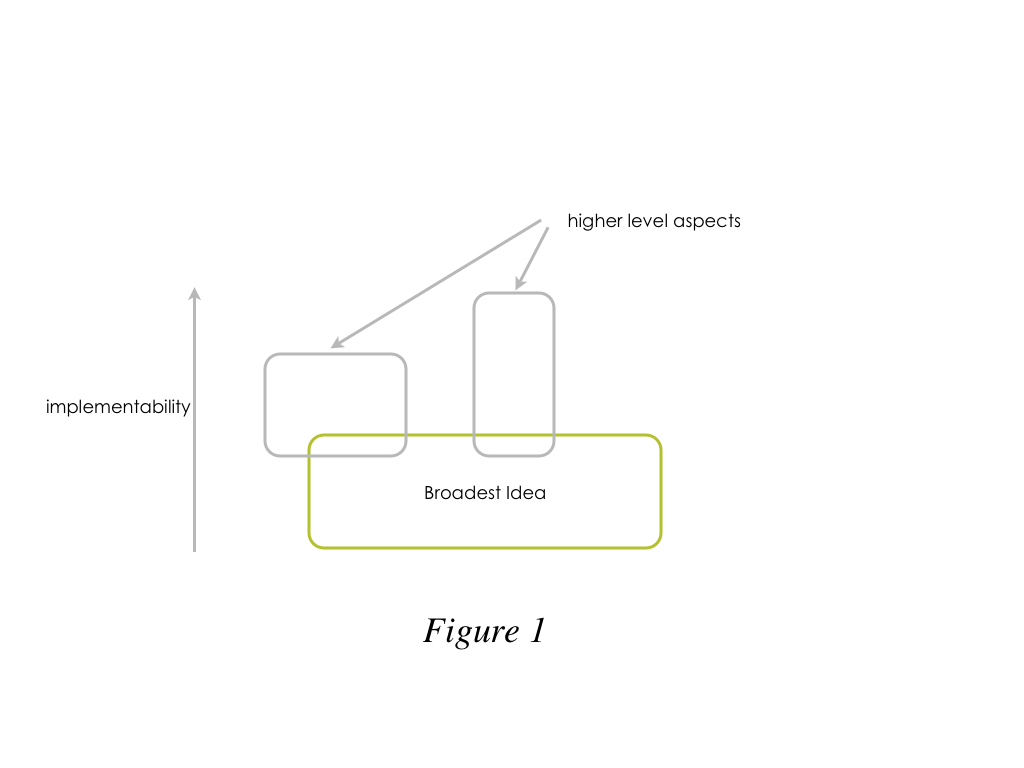 It is time to return to cloth turbine blades.  Even from the above brief article areas of possible advance are bought to our attention.  For example, the use and combination of glass cloth and a rubbery, flexible resin may be both inventive and provide an advance on the technology.  There is also likely inventive concepts in the manufacturing processes and equipment.  With the manufacturing not anticipated to be a walk in the park there will have been problems that were solved, which leads to inventive concepts.  While a quick search did not find any related published applications at the USPTO, I would hazard that there are applications on file related to the technology.

In many areas it is becoming more and more difficult to find that five page patent application describing a very broad concept.  It is much more common to find applications associated with the higher level aspects.  Further, these higher level ideas often greatly improve the implementability of the broad concept.  In the case of the cloth turbine forthcoming published patent applications may well detail the concepts leading to the efficiencies mentioned in the above article.  Oh yeh … don’t judge the breadth of a patent document by its title.