Apple’s Spring Loaded Event came and went.  Along the way it left us with quite a few bits of new hardware.  Some even come in purple!  One of these hardware goodies was a new AppleTV.  Years ago Steve Jobs referred to it as a hobby.  It has not really lost that tag.  There is now an A14, new software, and a new remote.  If the AppleTV is a hobby the remote is a punching bag.  Complaints span from functionality to losing it in the couch.

TVs continue to have a solid hold on the living room, in defiance of tablets, laptops and phones.  So, why hasn’t Apple jumped at the TV full throttle?  Why haven’t they reinvented it?

The Fall 2016 MacBook Pro sported a Touch Bar, another Apple punching bag, and Touch ID.  After this introduction TouchID found its way to all Apple laptops.

The TouchBar and TouchID functionalities are both enabled by the T1, Apple’s then new “companion” chip for Intel-powered Macs.  The T1 was also introduced in the Fall 2016 MacBookPro.  Apple told us it leveraged design from the A-series processors to both add functionality e.g. Secure Enclave for TouchID, and look after housekeeping.

During the T1’s introduction the AppleTV remote came to mind.  What if you added a small TouchBar-like display and Touch ID?  The latter could allow secure shopping and personalized LogIn, just like Apple advertises for Macs.  A user could be directed to their feeds , streams or preferred channels when the TV is turned on.  Heck, maybe you could even check emails and notifications while watching TV.  All of this without needing to remember your phone or other iDevice. 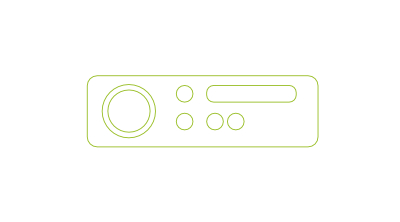 These functionalities would be possible by adding a T1 to the remote.   Years passed and the T1 became the T2.  There was still no sign of TouchID in the remote.

Why?  Why hasn’t TouchID been brought to the AppleTV remote?  Is it a question of functionality? To me, the use case makes sense.  As noted above similar scenarios are present in the Mac.  If it isn’t the use case then maybe it is related to available ICs.

The answer to this riddle may have shown itself in last Tuesday’s Event.  Apple dropped new iMacs and a keyboard with TouchID.  This is the first Apple peripheral with fingerprint security.  Apple told us a security chip in the keyboard will wirelessly transmit fingerprint data to the Secure Enclave in the M1, in the new iMac.  In passing, this security chip will definitely be a piece of AppleSilicon.  It also seems to be a chip with a single dedicated purpose.

Having one purpose will likely keep its cost and size down, making it readily integrated into the new AppleTV remote.  The actual fingerprint sensor could be integrated into the central touch surface within the click wheel.  To be clear, this functionality was not disclosed, but it is quite doable.  For that matter, why not do away with the new power button and turn the TV on with your fingerprint.

What happened to the T2?  The short answer; it is too big and way overpowered.  We have just completed forthcoming reverse engineering on the T2 and I can say it was much bigger than anticipated.  Its die size is over 100 mm2.  The T2 was designed as a formidable piece of silicon in its own right.  It would cost too much and is simply too big for a TV remote, or keyboard for that matter.

The use cases for security within the TV ecosystem seem sound.  The IC that could allow this functionality now seems to be in hand.  Time will tell if this thought experiment comes to life.  Maybe a teardown of the new AppleTV remote will find the fingerprint sensor and security chip in place, waiting to be brought to life.  Unfortunately, I think inclusion of a power button gives us the answer to this tantalizing hypothesis.