Wireless charging is becoming more common.  It has been rumoured to show up in the next iPhone for some time.  Rumours that it will make its debut in the iPhone 8 are now being floated.  One of these even points to the testing of wireless charging components.  The AppleWatch is one Apple device that does use wireless charging.  I will let you decide if you want to believe rumour X or Y about the iPhone, but we know Apple is using the technology.  We also know Apple is learning from its incorporation in one of their iDevices.

The gist of the ’007 patent can be is summed up in Figure 6, which is reproduced below.  A mobile device 22 is placed on or adjacent to charging unit 11. Transceiver coils 14 produce a magnetic flux 15 that is received by receiving coils 19. Here the magnetic flux 15 is the medium by which energy is transmitted from the charging unit to the mobile device.  It is indicated that misalignment or poor alignment of the coils 14 and 19 can result in poor transmission of flux 15, resulting in reduced energy transfer.  In the inventive system a ferrofluid layer 25 is located between the transceiver coils 14 and the receiver coils 19.  The disclosure calls the layer 25 a flux bridge.  It is indicated at col. 8, ln. 4 that “the bridge intensifies and directs magnetic flux between the coils … such that the requirement for precise positioning is reduced”. 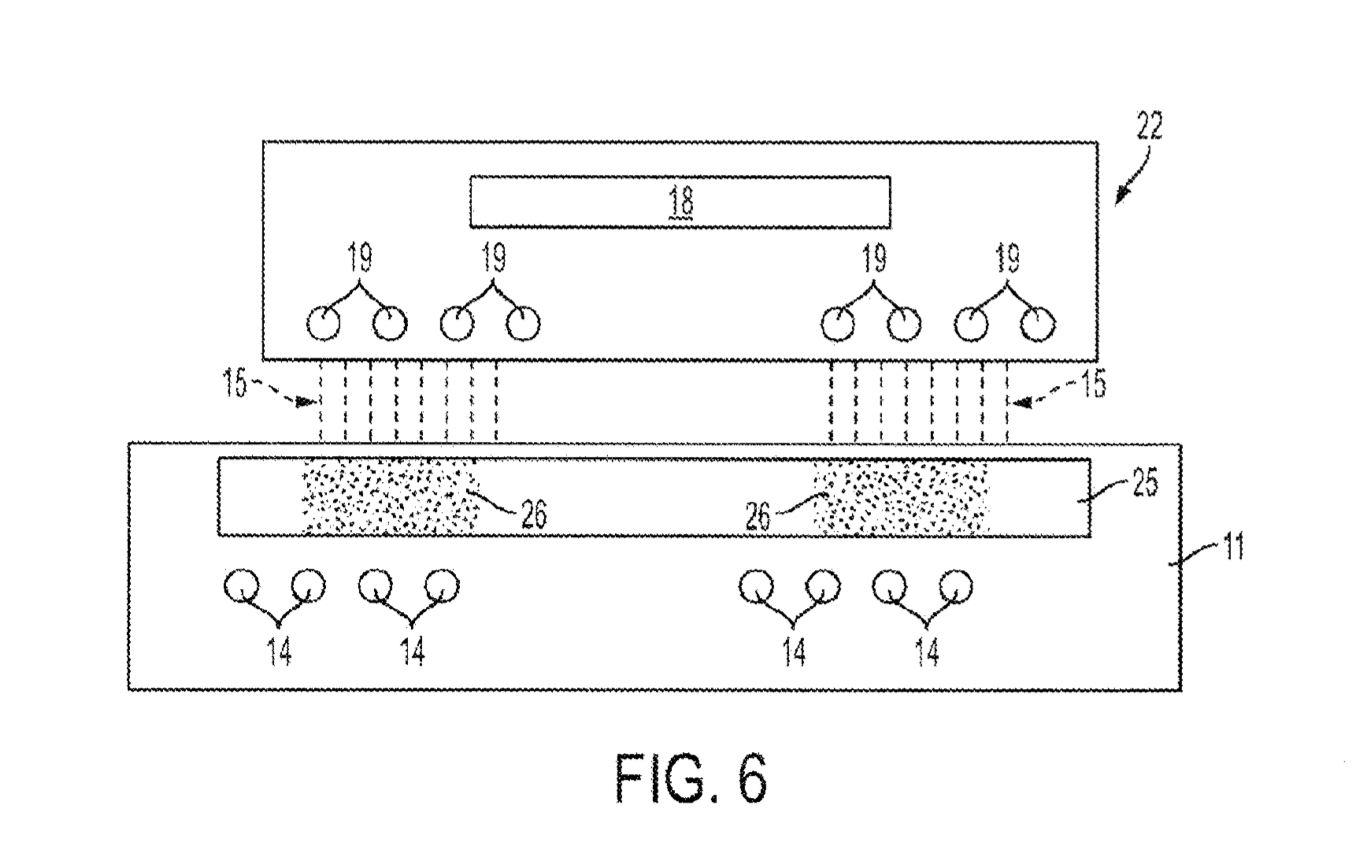 The AppleWatch uses a magnetic system to improve alignment.  Such a magnetic system seems suited to a single device on a charging dock.  Does it use the technology of the ’007 patent?  I am not sure.  A few more considerations come to mind.  First, a magnet-based system requires space for magnets in the device.  This may not be limiting, but it is still necessary.  The technology of ‘007 does not appear to require any space in the device.  Second, any magnetic system might prove more difficult to implement if one places multiple devices on a charging dock.  Ultimately, one would need to teardown the charging dock to see if a flux alignment system is there.