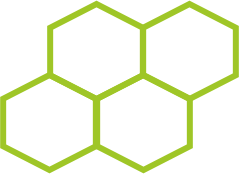 15Jan20 – Many editorials around Intellectual Property and innovation have appeared in the Globe and Mail over the 18 months.  They have talked about an Innovation Arms Race, Made in Canada solutions and, more Recently Innovation Leakage.  An overriding premise is that Canadian innovation, particularly that which is at least partially publicly funded, is landing in the hands of non-Canadian corporations.  AI and 5G are the most common examples.  Upon reading and digesting these it strikes that there is much commonality to these discussions.

This concept needs some thought cycles.  The first step is to look back at an article posted at ned several years ago.  It considers the relationship between fundamental research and patents.

12Dec19 – #TBThursday returns to May 2018 and some thoughts on #IPStrategy.  The first question for a patent agent is usually how much filing and prosecuting an application will cost.  That is understandable.  But, no one ever asks how much not filing might cost.  Hint; it is much larger.  We constructed a scenario ( not too far from a company we are monitoring) where a company started with licensed patents, but did not continue filing.  The end game has not played out in real life, but it was fun to put some thoughts on paper.

05Dec19 – Traditionally, the world is pretty much in one of two camps with respect to patents. There are those that make sweeping overly-broad statements and those that focus on a legal reading of a #patent, where each word in a Claim is construed to give it and the entire Claim a very specific meaning. There is a very large space between these two camps; a space that seems to be rarely visited.

#TBThursday goes back to these thoughts that were first posted in 2016.  It is still the case today.  Maybe more people should read the article. #innovation #technology #Ottbiz #CDNtech

25Nov19 – When does an article about a technology become a romp in marketing?If you are lucky, you see an article about a corporation and/or technology in which you are interested, in a respected source.Unfortunately, that does not always guarantee the article will fill in the gaps in your knowledge.It may fall into a marketing language trap.In this trap everything has great potential and is wondrous.This can blur the truth.The technology may be wondrous, but the basis of this view should not be flowery language.This comment about Smarter Alloys and an article in the Globe & Mail thereabout is eighteen months old, but it is still very relevant.

06Nov19 – … revisiting Fuel Cell Energy’s US9,502,728 today in light of their Press Release this morning.  The ‘728 patent considers aspects of a carbonate fuel cell as may be applied to carbon capture.

01Nov19 – ned often comments about the overabundance of gee-whiz.  Many authors and outlets seem to focus on the fantastical.  Yes, it can be interesting and a bit of fun, but it is receiving funding.  That is the scary part.  On the other end of the spectrum are those that overcomplicate the picture.  There is a real possibility that some want to confuse.  Mutual funds have been known to do this.  The common phrase is “leave it to the professionals”.

ned wants to be between these two extremes.  ned wants to be fascinated with technology, and revel in the possibilities; but stay in the real world.  ned also wants to make technology understandable.  It can be done.  One needs to look at multiple sources of information and extract a coherent picture.  This approach was explored in a post about an Omron blood pressure monitor.  It was fascinating to see what patterns emerged when one considered marketing, patents and reverse engineering.  Pieces started falling into place.

On one level it often seems to embody anything trending.  It often also seems to only encompass software or , at least, have a large software component.  The current list, by no means complete, includes AI, rewards programs, food delivery, app-based bookings.  If this is at all true one must ask if the Innovation Economy is the basis of or future for the Canadian economy.

The economy is so much more than ordering lunch with your phone.  The economy will always require tangible devices.  It will require energy and it will require sustainable disposal of our waste; not just that created by all the take-out food.

The Innovation Economy should include tangible stuff.  It should include solving problems that are facing society.  There are some big ones, and food delivery is not one.  It should also include a real conversation about the technology used in the solutions.

01Oct19 –  Paul will be presenting a talk at University of Ottawa Engineering on Oct 7th. “1 um … 28 nm …today: a tale of materials innovation in integrated circuits” will consider two key components in a cellphone; logic and storage.He will look at how the technology has evolved and shrunk by two orders of magnitude over the last 20 years.He will also muse about what other problems might benefit from this accumulated knowledge.

24Sep19 –  What is a “desired result”?  Simply put, it is a hoped-for outcome.  It is a patent concept  that relates to the Claims; the bits of a patent that define the technology receiving legal protection.  One might have a machine or method that produces this hoped-for outcome.  The Canadian Intellectual Property Office will reject a Claim if it refers to a desired result.  Instead, the Claim must refer to aspects of the machine or steps in a process.

OK, but how does it relate to me?

Technology articles all too often fall into a “desired result” rut.  They go on-and-on about what one wants to happen with little or no detail on how one gets there.  The results seem simple.  But, without this detail the articles read like marketing literature.  Today, it was an article that presented an IoT and AI panacea for environmental problems.  There were one or two interesting ideas.  But, there were too many assertions with little detail and no apparent self-reflection of what was being proposed.

Keep your eyes open they are everywhere.

22Aug19 – Phononic was in the press today.  A Forbes article highlighted a recent $159 million funding; bringing their valuation to $280 million.

What does Phononic do?  They are working on thermoelectrics and solid-state refrigeration.  Back in 2013 another Forbes article noted “It’s hard to pry much information about Phononic’s technology from Atti”.  That brought back memories of Erasure’s “Chains of Love” anthem and the phrase “don’t give up”.  It was time to write.  ned took at look at the USPTO databases and highlighted some of the  IV-VI technology in one of their patents.  The IP position has evolved since then, but the early thoughts on the technology echo that being discussed today.

It is nice to see progress in thermoelectric materials.  With uses that potentially span refrigeration to energy harvesting, it is a technology worth following.

04Jul19 – There is plenty to think about in “In an Arms Race of Innovation ..”@CIGIonline.It may be a bit dramatic, but one should focus on the notion of an IP education.This is a multi-faceted concept.There is the basic legal stuff that one sees in every patent presentation;filing deadlines, provisionals and rules of national entry.But, what about the technology strategy.What are the problems that need to be solved?Are they important to the field moving forward?Can one easily work around the Claimed solutions?Do the innovators know how their technology fits in the puzzle? Yes … there is definitely plenty to think about.

10Jun19 – We have played with the idea that a bit of information can exist in avoid.No, this is not some new law of physics.It is about the communication of ideas.As bits of information become smaller and more fragmented it becomes more difficult to see how any one of these bits fit into a bigger picture.The current paradigms of communicating information does not take the time or have the experience to ask questions or think about the context around a given development.  Some coverage of Smarter Alloys in The Globe and Mail provided a good example.  ned wrote about it here.

Patents are not a mythical creature, and one can go in and think about the disclosed technology.  Questions can be asked.   What is the problem? What does the technology need to do?  How is it doing this?  What are the “pinch points” or hurdles to a successful outcome?

23May19 – The website has been updated! The new look and structure will improve navigation so you can see how ned approaches information.  Enjoy.

27Mar19 – Many have commented that Apple’s “Show Time” event was light on details.  It seemed more like a placeholder for ambitions, than actual available services.  The lack of hardware was noteworthy.  Yes the pundits predicted this, but there must be more.  The Apple Arcade section, for example, discussed bringing AI and AR to the living room i.e. TV.  The current Apple TV and its A10X would not be able to do this.  Thus, our ongoing belief that the A12 or A12X will appear in a new Apple TV before long, and bring the promised features to life.

22Feb19 –  Here is a priceless sentence from mainstream media; “… unit shouldn’t be confused with a generator, which creates mechanical energy and delivers it only as a backup, when existing systems fail.’’. How is electricity generated without a generator?

Now the title of the article is “Could this off-the-grid technology be the future of electricity?”.  Maybe, just maybe, thinking about how electricity is actually generated is the place to start the discussion.

07Feb19 – Another article discussing Apple’s rumoured work on a baseband processor appeared today.   We have also been thinking about Apple’s possible design of a baseband.  Is it simple economics and royalties, or can Apple fulfill Steve Jobs’ goal of using semiconductor design to differentiate the end product?  More to come …

21Jan19 – An article in AppleInsider wrote “Years down the road, Apple could release a new operating system that requires the T2 chip to run, so 2018 MacBooks including the MacBook Air could run the latest macOS versions for many years.”  This almost reads that the T2 has an emulator block for the move to an ARM kernel for macOS.  It is an interesting thought.

13Dec18 – There is renewed chatter around big tech designing SoCs.  Some are again commenting that Apple was “early in the cost-cutting trend”.  This view does not seem to appreciate semi. design, what can be achieved, and how it is useful to end functionality.  When Apple acquired PA Semi in 2008 Steve Jobs commented it was to further differentiate their products.  See our article in EETimes about the role of semi. design in Apple’s journey to $1 trillion market cap.

03Dec18 – There are often several competing technologies after the same goal.  Gasification is a good example.  When one pulls out in front where the others failed, did they solve a problem or is the marketing better before they too hit that wall?

09Nov18 – The A12X should be in the TechInsight’s hands by now.  We are looking forward to the die photo, to see just how big the blocks are.

06Nov18 – Macworld published some iPad Pro reviews.  A common thread questions whether the A12X is too powerful for iOS. It will be interesting to see how developers access the available power.  Adobe commented that they were running a “full” version of Photoshop in the Keynote.  There will certainly be more to this discussion going forward.